Hi. I’m Sid. I write software code for a living.

I’m actively looking for work right now. Feel free to have a look at my resume below, and the rest of this website.
My employment history includes Shortform, Opencraft, McLaren College, Tower Research Capital, CultureAlley and Smallcase to name a few.

Comparing tools to connect your devices in a mesh VPN

I have a nice little computer in my house which hosts a bunch of services I use. It sits behind a NAT, so I can’t connect directly to it via my public IP address. Hence, I use a cheap cloud instance on DigitalOcean to act as the gateway for my home-server to the internet.

Lately, I’ve been rebuilding this infrastructure, and one of the things I was due for, is to have all my devices (my cloud server, home server, laptop, phone, etc) connected to each other all the time. Also, it needed to be in a mesh instead of hub-and-spoke, as there was no need for data to go over the internet if I’m home, on the same physical network as my home-server.

I spent a good amount of time trying out a bunch of methods, until settling on one. This post runs through all the options I found, and why I chose what I chose. I won’t go into how to set it up - there should be plenty of articles and documentation on the internet. TLDR: I now use tailscale with a headscale server.

I moved into a much older house in Goa earlier this year, and had a lot of fun these past months setting it up and wiring it down. It’s very janky, dusty, and lovely. 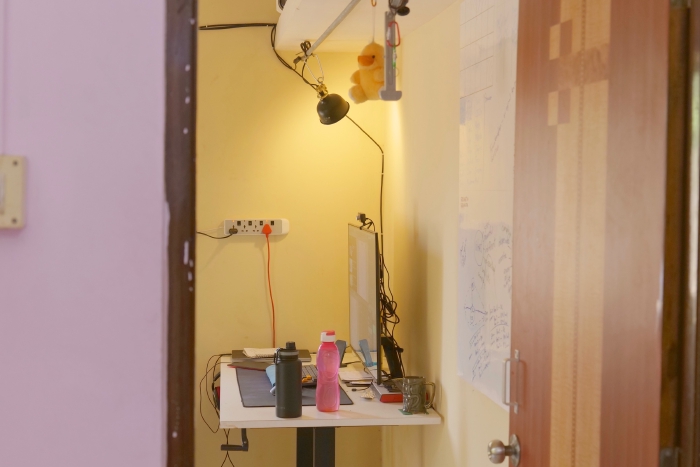